Everyone benefits from experiences with nature. At Greenwich Audubon Center, we make nature accessibility a priority.

Greenwich, Conn. (October 18, 2018)—The night was crisp but the spirits were high as more than 200 people came out to Greenwich Audubon Center to celebrate Audubon’s legacy of 75 years of leadership in “inspiring a sense of wonder” in people of all ages. The center first opened its doors to the public on October 16, 1943, after the property on Riversville Road in backcountry Greenwich was donated by Eleanor Clovis Reese and Hall Clovis to the National Audubon Society to serve as the organization’s first nature education center, and as a flagship for Audubon centers that were later established across the country.

The celebration, called “Into the Woods,” began with a cocktail hour in Audubon’s Kimberlin Center lobby that was adorned with trees, cornstalks and other fall harvest décor donated by Sam Bridge and decorated by volunteers from the Greenwich Garden Club. Live birds of prey from the Sharon Audubon Center, including falcons and owls, were on hand to greet guests as they enjoyed a creative array of exquisite hors d’oeuvres donated by OnTheMarc catering.

Following the cocktail hour, guests ventured out to Hawk Watch Lawn, where trees and trails were beautifully lit against the night sky thanks to landscape lighting donated by Summer Rain, to witness the release of a barred owl, which had been rehabilitated by Wildlife in Crisis. Audubon volunteer and supporter, Camille Broderick, was given the honor of releasing the owl out to the Audubon sanctuary woodlands to resume its natural lifestyle. Guests then headed “Into the Woods” through a short, lantern-lit path that led them to the entrance of a beautiful clear-top tent decked out with mosses, ferns and other plants donated by McArdles, with beautiful lighting and wicker orbs donated by Sebass entertainment. Guests were greeted with lively bluegrass music by the very talented band “Far From Here.”

To help attendees grasp the rich history of Greenwich Audubon Center, a Historical Timeline was displayed along one wall of the event space. Senior Naturalist Ted Gilman, who has been with Audubon for more than 40 years, was on hand to share more about the center’s history with guests. He explained that the opening of this first Audubon nature center in 1943 had fulfilled the dream of then Audubon president John H. Baker to have a place where schoolchildren, teachers, and families could come to learn about the wonders and workings of the natural world. “We firmly believe that Greenwich Audubon Center has continued to fulfill that dream by enriching the lives of many thousands of school children, teachers and generations of families who have brought their children to these grounds to explore together,” said Gilman.

Further bringing this history to life was a short film produced by Greenwich High School student, Cameron Paradiso, featuring interviews with a variety of community members, young and old, volunteers and staff explaining how their lives have been touched by the natural richness, people and programs available at Greenwich Audubon Center over the decades. One of the highlights of the film included a tribute from Gary Palmer, Greenwich Audubon Center board member and veteran compiler of the Greenwich-Stamford Christmas Bird Count for more than 40 years, sharing his memories of visiting the Audubon center as a schoolboy shortly after the center first opened its doors 75 years ago.

Dr. Frankel recounted her own experiences coming to Greenwich Audubon Center as a teenager, and how it influenced her to pursue a career in bird conservation, and eventually led her back to this center as its director. She said of Audubon’s educators and volunteers, “they are all, every one of them, conservation heroes who continue to carry on Audubon’s powerful legacy of inspiring the next generation of conservationists, like we have for 75 years.”

Ms. Tavares looked to the future of how the staff and supporters of Greenwich Audubon Center can continue to build on the legacy of the first 75 years: “Greenwich Audubon Center has played a vital role connecting members of our community to nature, and educating the environmental leaders of tomorrow. We are poised to take this work to its next level of excellence and reach, through innovative programming and partnerships over the next 75 years.”

She invited guests to leave a lasting legacy by buying a brick on their “Pathway to the Future,” a beautiful path that leads from the back of the Kimberlin Center building leading to an overlook above the Nature Play Trail, which is being designed and installed pro bono by Fairfield House and Garden and Conte and Conte Landscaping. Ms. Tavares also announced that Camille and Craig Broderick just made a pledge of $500,000 to restore the historic barn at the Audubon sanctuary that was the original site of the first Audubon center in the country.

State Senator Scott Frantz was in attendance and First Selectman Peter Tesei added his congratulations and shared a proclamation from the Town of Greenwich declaring October 16 as Greenwich Audubon Center day – which is the date that the center first opened its doors in 1943. Senator Richard Blumenthal sent a Congressional Record Statement to commemorate the occasion.

Attendees were encouraged to have their photos taken against a hand-painted wooded landscape backdrop and then add their photo to the historical timeline in the section marked “Here’s to the Next 75,” to show that they are all part of Audubon’s story and building its future.

How you can help, right now

Where birds thrive, people prosper. Help us transform local communities into places where birds flourish. Learn what you can do to nurture wildlife, nature, and conservation in Connecticut. 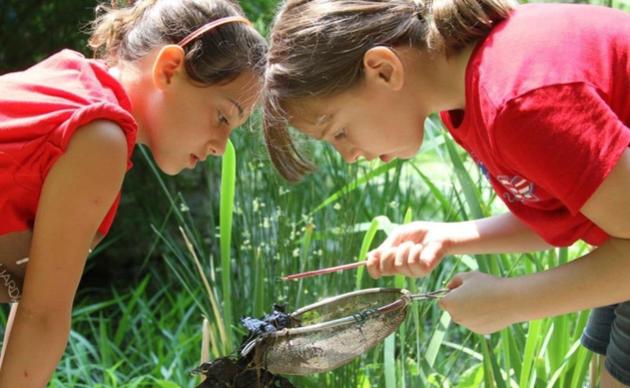 Through land stewardship, science, education, and advocacy, we work to preserve habitat and protect bird species that are of state, national, and global concern. Your gift can make a difference.

When you become a member of Greenwich Audubon Center, you are nurturing bird-friendly communities and a natural heritage for generations to come. Help us do great things. 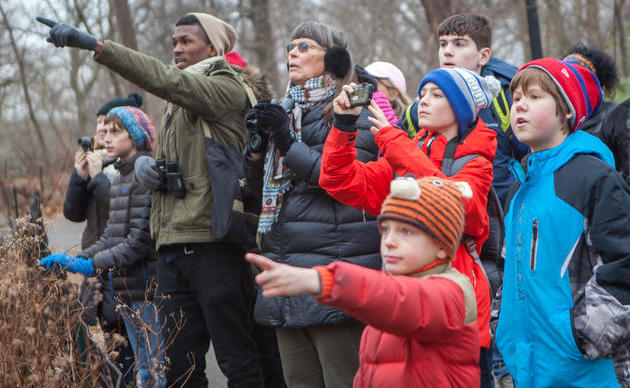 Help us spread the word.

Stay abreast of our news

Join our email list to receive updates on our happenings